'Tis the Season! Lease Today and receive a special gift! 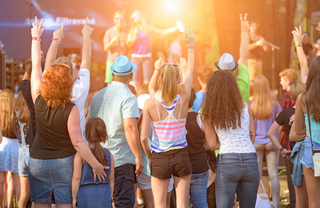 Here's the setting—Oahu, one of the most popular and populous of the Hawaiian islands. Home of Honolulu, Waikiki, and Kailua Bay. On the western portion of the island, there's been something of a boom, signified by the burgeoning new resorts and offerings like the luxury rentals in Ewa beach. At the Kaplina Beach Homes, a scenic area near the Barber's Point Golf Course and Hokalei Country Club, there's something even cooler going on, a little-known but certain to be exciting music festival that's starting to cause quite the buzz. Let's step inside this new to-do and see what it's all about.

Known colloquially as simply Ewa, this part of the Ewa District And City & County Of Honolulu. Not quite a city, it's a census-designated place consisting of some 15,000 residents, about a 24-mile drive from Honolulu. Once a plantation, the area now plays home to residences like the Kapilina Beach Apartments, which sit along the scenic portion of Iroquois Point. Ewa Beach played an influential role in the culture of Hawaii throughout much of the 20th Century, so it's no surprise that a music festival would take root in this history-rich part of the state.

So, About That Festival

Dubbed the Sunset Music Festival, the event is taking place on Saturday, November 18th at the Pilikai Beach Park, from 5PM-9PM. According to the official event page, the "golden hour" is offering quite a bit of excitement, provided you're a resident of Kapilina:

Let's breakdown these vibrant personalities that will be gracing the stage, shall we? If you've not heard of Annette Oasay Music before, you'll want to familiarize yourself with the emcee for this grand event. Oasay is a singer, songwriter, musician, promoter, and coach who runs Annette Oasay Music, an entertainment company that handles booking at places like D'Lish On The Beach, Aloun Farms, Makanalani Market, and, of course, the Kapilina Beach Homes. A talented performer in her own right, Oasay has helped to craft this electric lineup and breath life into this amazing new festival.

Kicking off the performance part of the event is Studio 808 Dance Project. You may well have already heard of this studio. The talented cadre of performers is headquartered on Pupupani Street, and dedicated to the art in a deep way:

"The mission of STUDIO 808 DANCEPROJECT llc is to teach and train individuals of all ages the art of dance. The studio will educate, encourage and nurture these students who find dance appealing, fun and a learning experience."

Their skills run the gamut, from Contemporary Dance to R&B and beyond, they've honed their techniques to the razor's edge to excite and delight their audiences to the utmost degree. One look at the coordination and choreography that they put into some of their routines reveals that these are serious practitioners of the craft, and more than capable of showing their expressive nature across multiple styles of dance.

Little is known about the mysterious Next Level Band, but Kapena is a group that needs very little in the way of introductions:

"Kapena, considered to be one of Hawaii’s premier island bands has more than 20 Island Music CD’s to their credit."

That's quite the feat, and while the group has gone through its fair share of changes, they've still got founding member Kelly Boy De Lima leading them as they headline this event and the band, even in its current, evolved incarnation, "continues to be an institution that embraces what islanders fell in love with when fans first heard the unique sound of their electrifying Kapena music."

The group's history is long and storied, stretching back to the mid-1980s. From humble beginnings they rose to prominence, always adapting to the times but keeping the unique spirit that informs their inimitable sound. Through awards and success, they've maintained a freshness, something that was further emphasized when the title of Kapena was passed to the next generation:

If you've not had a chance to check out their sound yet, you'd do well to check out a few performance videos, which showcase their talent with their instruments and unique ability to express and emote within every aspect of their performances. With a blend of Ukelele, Drums, Keyboard, and Bass, along with impressive vocals from the whole group, they're able to excite like few other groups are capable of.

Their acclaim stretches worldwide, and the band will also be a fixture at NAMM come January 2018. These are true professionals who respect and refine the art of music, and their inclusion on the bill at Sunset Music Festival is a true honor, sure to be a treat for all those in attendance.

A Treat For The Luxury Rentals In Ewa Beach

If you're already at Kapilina, you want to be sure to check out the festival. If you aren't already at Kapilina, then what are you waiting for? This amazing rental community is the one for you. A sublime location, well in reach of both the city and the beach makes it easy to enjoy the best of both worlds. Stunning residences, designed with the look of a resort and the feeling that they were made for the utmost comfort welcome you to relax and unwind. Then there are the amazing amenities that enhance both the units and the entire community. This is the way you should be living, in the luxury and amazement of a continual vacation. Come take a look at what this secluded property near the beach has to offer and envision how nice it'd be as your new home.