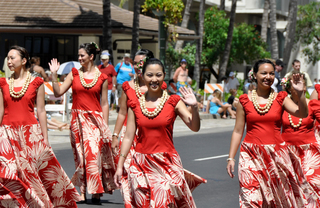 Once a year, for the past 24 years, Hawaii stands in awe at the wonder of the Honolulu Festival. This year, residents from the luxury apartments for rent at Ewa Beach will also be getting in on the fun, as they head over to the Hawaii Convention Center, Waikiki Beach Walk, and Ala Moana Center for this tribute to Asia-Pacific culture. Like past years, this showcase will likely be a momentous spectacle, and if you’re interested in learning more about what the festival will have to offer, then read on, as we explore what the Honolulu Festival is all about and what’s on the docket for this year’s celebration.

What Is The Honolulu Festival, Exactly?

The most straightforward description comes directly from the Honolulu Festival’s about page:

“The Honolulu Festival is Hawaii’s premier cultural event, promoting mutual understanding, economic cooperation and ethnic harmony between the people of Hawaii and the Pacific Rim region. Each year, the Festival attracts thousands of new and returning spectators who are looking for an experience unique to Hawaii.”

That unique experience, by the way, is Hawaii’s very distinct cultural influence. Performers and educators representing Japan, Australia, Tahiti, the Philippines, Taiwan, South Korea, and the mainland United States all take part in this event, as they all have contributed to what makes Hawaii special. Exploring that about page, you’ll also notice that there are several different facets to what encompass the overall festival:

The Grand Parade
Performance Stages
Educational Program
Craft Fair
Friendship Party
Governor’s Luncheon Reception
Ennichi
Let’s take a closer look at what you can expect from these various offerings, shall we?

The conclusion of the festival is perhaps it’s most stunning event. During the grand parade, the various festival groups and performers will dance, sing, and stage cultural demonstrations to thrill the attending crowds. There will be floats, marching bands, a fire-breathing dragon and more as they take to the streets and display their amazing talents.

The parade starts at Saratoga Road then continues along Kalakaua Avenue, and will also have some special guests, like Miss Hawaii, the Cherry Blossom and Narcissus Queens, hula dancers, and more. Fun fact: the Grand Parade is the recipient of a Legacy Award for its significance as a “mediator between the City of Honolulu and its sister-city, Nagaoka City.”

There will be numerous performers throughout the festival, at the Hawaii Convention Center, Ala Moana Shopping Center, and at Waikiki Beach Walk. As we mentioned, they’re coming from across Asia and the United States, and include some 34 participating groups, which you can view here.

From Tokyo, for instance, the Japan High School Of Music will be in attendance, showing off members of their four specialized creative programs, including music, ballet, and theater arts. The event will also feature traditional Aboriginal dancers from Australia, the Wagana, among other cultural representatives, so be sure to check out that list to learn more about who you can go to see during the festivities.

The festival is as much about teaching as it is about entertaining, which is where the Educational Program comes into play. There will be educational school tours, where students “explore behind-the-scenes of the Honolulu Festival,” and even get to “take a closer look at all the festival exhibits,” gaining an opportunity to interact directly with the artists and performers of the festival.

There will also be a Maui Mikoshi contest, wherein “high school students from the island of Maui design Japanese Mikoshi, a decorative portable shrine.” The winners will get to march in the parade alongside their Mikoshi, and have it displayed at the Convention Center during the festival.

The Craft Fair is bringing crafts from across Japan, Hawaii, and other Pacific countries. There will be more than 100 booths, and plenty of opportunities to interface with the various cultures in attendance. In addition, the crafty are encouraged to make and bring their own wares as they interact, helping enhance the cultural exchange and show off their unique talents.

This is one of the highlights of the festival. During the Friendship Party, awards like the Best Contribution award are handed out to the individuals who have done the most in contributing an “international rapport.” Once the award portion of the gala is completed, performers hit the stage and start to entertain as guests enjoy sumptuous food, courtesy of Hawaii’s finest restaurants.

Tickets are required for this event, which you can purchase from the Honolulu Festival website. This will be yet another great opportunity to learn more about culture and make some friends who share the same desire to meld and mingle with others.

The first day of the Honolulu Festival will be marked by the Governor’s Luncheon, which will happen at Washington Place:

“Each year, the governor of Hawaii invites over 100 attendees, many of whom are the representatives of the participants of the festival from Japan and affiliated local entities. The governor delivers a thank you speech to all the attendants, followed by a reception where they get to mingle with each other.”

For those in attendance, it will serve as a magnificent start to this cultural phenomenon and a testament to the spirit of the Honolulu Festival.

Ennichi is a kind of Japanese holiday when people celebrate either the birth or passing of a deity they worship. People visit shrines, pray to their gods, and enjoy their fair share of delicious food (like Takoyaki and Okonomiyaki). A recreated version of Ennichi has been part of the Honolulu Festival since 2008, and has blossomed into one of the most popular parts of the whole event.

This year’s Ennichi at the Honolulu Festival will feature more of that traditional Japanese appeal, with “authentic Japanese Ennichi activities such as fish-scooping, yukata dressing, origami and plastic mask making.” You’ll not want to miss this family-friendly happening for anything.

You’ll be able to get to the Honolulu Festival and have a great time in no time when you’re a resident of nearby communities like the Kapilina Beach Homes. The spacious layouts and top-tier features make it feel like a resort every day you’re here, so check it out and make it your choice for superior Hawaii living.