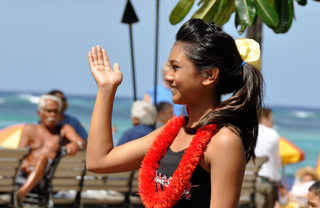 Utter the phrase “beach apartments” and you’re bound to conjure up all sorts of imagery along the lines of beautiful waves, golden sunsets, and days of relaxation (replete with boundless sunlight). That much is true no matter the specific beach. Come to Kapilina, though, and there’s a little something that sets this community apart from other beachfront living experiences — the sense of pride that comes with being a part of the greater Honolulu community. Nowhere is that pride on greater display than the annual Honolulu Festival so in preparation for this year’s, the 25th iteration of this fabulous celebration, we’re giving you the lowdown on what to expect.

Exploring the Basics of the Honolulu Festival

“The Honolulu Festival is Hawaii’s premier cultural event, promoting mutual understanding, economic cooperation and ethnic harmony between the people of Hawaii and the Pacific Rim region... Through educational programs and activities sponsored by the Honolulu Festival Foundation, the Festival has been successful in showcasing the rich and vibrant blend of Asia, Pacific and Hawaiian cultures to the rest of the world.”

Hawaii is unique in the fact that it blends so much of Pacific culture into one: Japan, Australia, Tahiti, the Philippines, Taiwan, South Korea, and the rest of the United States are all represented in one way or another in Hawaii. It makes sense, then, that all of these backgrounds be celebrated when putting on a “best of” in the great city of Honolulu. You can think of it, as the organizers of the festival dub it, “Pacific Harmony,” and it’s a nod to the goal of promoting friendship and unity among the various peoples of the Pacific regions and beyond. As part of the mission, there are seven “components” that come together to make the Honolulu Festival whole:

Just what do these various events entail? Keep reading, as we explore how the different pieces of the festival complete the puzzle.

What’s Going on During the Honolulu Festival

As we mentioned above, the Honolulu Festival consists of several different events going on in tandem over its three-day run. Here’s how each contributes to the goal of promoting friendship and unity…

It’s the wrap-up to the Honolulu Festival, but it’s so important we’d be remiss not to mention the Grand Parade first. This enormous spectacle “starts at Saratoga Road and continues along Kalakaua Avenue, filling the streets with spectacular cultural performances and floats.” It’s exactly what you’d expect from a massive cultural parade, and in the interest of bringing people together, this stroll through the streets of Honolulu usually includes special guests, like “Miss Hawaii, the Cherry Blossom and Narcissus Queens, school marching bands, hula dancers, and additional dance troupes from around the Pacific.

During the festival, there will be three separate locations set up for awesome live performances: the Hawaii Convention Center, Ala Moana Shopping Center and Waikiki Beach Walk. The performances, if you were wondering, take shape in the form of traditional music, dances, theatrical displays, and other testaments to the talents of the Pacific peoples. No matter which stage you head to, you’ll be in for a riveting show, for sure.

Another of the festival’s central components is educating both the student bodies and communities at large in Hawaii. As a part of this, the festival grants behind the scenes tours to student groups, where they can check out how things are done in greater detail. “During the tour, students get to take a closer look at all the festival exhibits, and have a chance to interact with some of the artists and performers participating in the festival.” There’s even a contest, the “Maui Mikoshi,” where students design their own shrines in the traditional Japanese manner. The winner gets to have theirs displayed during the festival — a great honor.

What screams “culture” more that unique crafts? That’s the idea behind the Honolulu Festival’s craft fair, which brings together over “100 booths from Japan, Hawaii and other Pacific countries.” You’ll find plenty among the selection, and if you consider yourself to be pretty handy at putting things together, you can also apply to have your own wares shown off at the festival as well — a good way to promote yourself and the culture simultaneously.

Ready to party? The Friendship Party brings everyone together for a night of fun, food, performances, and awards. It’ll be happening at the Hawaii Convention Center (so the accommodations are sure to be stellar, as always) and the whole event goes a long way to building that sense of rapport and community among the peoples of the islands.

While the Governor’s Luncheon is a bit more exclusive than the other events on the list (only 100 attendees are allowed), it’s still a central component of the festival. Representatives from various groups get together to eat, drink, and be merry as they kick off the beginning of the festival in earnest.

“Ennichi” is a Japanese word equivalent to what we might term a “Saint’s Day,” and many Japanese “celebrate the birth or the passing of the deity that they worship.” This is incorporated into the Honolulu Festival, and you may well see people visiting shrines and paying respects during the festival.

Sure, you can find the “beach experience” almost everywhere, but Kapilina offers something more — an unrivaled sense of belonging and community. Here, among the scenic views of Iroquois Point in West Oahu, you’ll finally feel at home, and wondering why it took you so long to make it there. Ready to take that next step? Be sure to check out what Kapilina has to offer, check our availability, and drop us a line to learn more about making this one-of-a-kind beach your new place of peace.